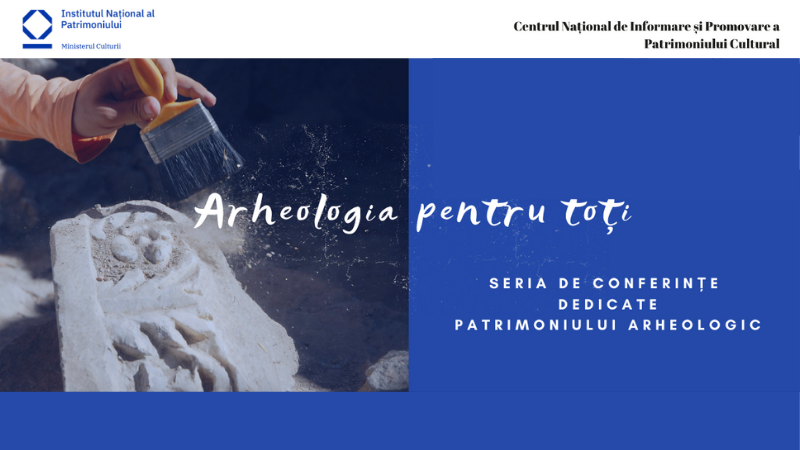 The earliest periods of human history are defined by the archaeological evidence for fundamental changes in the ways in which people made objects, and the importance of conserving and studying the evidence of these changes is universally accepted.

From the Middle Ages, innovations in Europe in the use of energy and in trade and commerce led to a change towards the end of the 18th century just as profound as that between the Neolithic and Bronze Ages, with developments in the social, technical and economic circumstances of manufacturing sufficiently rapid and profound to be called a revolution. The Industrial Revolution was the beginning of a historical phenomenon that has affected an ever-greater part of the human population, as well as all the other forms of life on our planet, and that continues to the present day.

The material evidence of these profound changes is of universal human value, and the importance of the study and conservation of this evidence must be recognised.

The delegates assembled for the 2003 TICCIH Congress in Russia wish therefore to assert that the buildings and structures built for industrial activities, the processes and tools used within them and the towns and landscapes in which they are located, along with all their other tangible and intangible manifestations, are of fundamental importance. They should be studied, their history should be taught, their meaning and significance should be probed and made clear for everyone, and the most significant and characteristic examples should be identified, protected and maintained, in accordance with the spirit of the Venice Charter[1], for the use and benefit of today and of the future.

Industrial heritage consists of the remains of industrial culture which are of historical, technological, social, architectural or scientific value. These remains consist of buildings and machinery, workshops, mills and factories, mines and sites for processing and refining, warehouses and stores, places where energy is generated, transmitted and used, transport and all its infrastructure, as well as places used for social activities related to industry such as housing, religious worship or education.

Industrial archaeology is an interdisciplinary method of studying all the evidence, material and immaterial, of documents, artefacts, stratigraphy and structures, human settlements and natural and urban landscapes[2], created for or by industrial processes. It makes use of those methods of investigation that are most suitable to increase understanding of the industrial past and present.

The historical period of principal interest extends forward from the beginning of the Industrial Revolution in the second half of the eighteenth century up to and including the present day, while also examining its earlier pre-industrial and proto-industrial roots. In addition it draws on the study of work and working techniques encompassed by the history of technology.

II. The industrial heritage is of social value as part of the record of the lives of ordinary men and women, and as such it provides an important sense of identity. It is of technological and scientific value in the history of manufacturing, engineering, construction, and it may have considerable aesthetic value for the quality of its architecture, design or planning.

III. These values are intrinsic to the site itself, its fabric, components, machinery and setting, in the industrial landscape, in written documentation, and also in the intangible records of industry contained in human memories and customs.

IV. Rarity, in terms of the survival of particular processes, site typologies or landscapes, adds particular value and should be carefully assessed. Early or pioneering examples are of especial value.

3. The importance of identification, recording and research

I. Every territory should identify, record and protect the industrial remains that it wants to preserve for future generations.

II. Surveys of areas and of different industrial typologies should identify the extent of the industrial heritage. Using this information, inventories should be created of all the sites that have been identified. They should be devised to be easily searchable and should be freely accessible to the public. Computerisation and on-line access are valuable objectives.

III. Recording is a fundamental part of the study of industrial heritage. A full record of the physical features and condition of a site should be made and placed in a public archive before any interventions are made. Much information can be gained if recording is carried out before a process or site has ceased operation. Records should include descriptions, drawings, photographs and video film of moving objects, with references to supporting documentation. Peoples’ memories are a unique and irreplaceable resource which should also be recorded when they are available.

IV. Archaeological investigation of historic industrial sites is a fundamental technique for their study. It should be carried out to the same high standards as that of sites from other historical or cultural periods.

V. Programmes of historical research are needed to support policies for the protection of the industrial heritage. Because of the interdependency of many industrial activities, international studies can help identify sites and types of sites of world importance.

VI. The criteria for assessing industrial buildings should be defined and published so as to achieve general public acceptance of rational and consistent standards. On the basis of appropriate research, these criteria should be used to identify the most important surviving landscapes, settlements, sites, typologies, buildings, structures, machines and processes.

VII. Those sites and structures that are identified as important should be protected by legal measures that are sufficiently strong to ensure the conservation of their significance. The World Heritage List of UNESCO should give due recognition to the tremendous impact that industrialisation has had on human culture.

VIII. The value of significant sites should be defined and guidelines for future interventions established. Any legal, administrative and financial measures that are necessary to maintain their value should be put in place.

IX. Sites that are at risk should be identified so that appropriate measures can be taken to reduce that risk and facilitate suitable schemes for repairing or re-using them.

X. International co-operation is a particularly appropriate approach to the conservation of the industrial heritage through co-ordinated initiatives and sharing resources. Compatible criteria should be developed to compile international inventories and databases.

I. The industrial heritage should be seen as an integral part of the cultural heritage in general. Nevertheless, its legal protection should take into account the special nature of the industrial heritage. It should be capable of protecting plant and machinery, below-ground elements, standing structures, complexes and ensembles of buildings, and industrial landscapes. Areas of industrial waste should be considered for their potential archaeological as well as ecological value.

II. Programmes for the conservation of the industrial heritage should be integrated into policies for economic development and into regional and national planning.

III. The most important sites should be fully protected and no interventions allowed that compromise their historical integrity or the authenticity of their fabric. Sympathetic adaptation and re-use may be an appropriate and a cost-effective way of ensuring the survival of industrial buildings, and should be encouraged by appropriate legal controls, technical advice, tax incentives and grants.

IV. Industrial communities which are threatened by rapid structural change should be supported by central and local government authorities. Potential threats to the industrial heritage from such changes should be anticipated and plans prepared to avoid the need for emergency actions.

V. Procedures should be established for responding quickly to the closure of important industrial sites to prevent the removal or destruction of significant elements. The competent authorities should have statutory powers to intervene when necessary to protect important threatened sites.

VI. Government should have specialist advisory bodies that can give independent advice on questions relating to the protection and conservation of industrial heritage, and their opinions should be sought on all important cases. VII. Every effort should be made to ensure the consultation and participation of local communities in the protection and conservation of their local industrial heritage.

VIII. Associations and societies of volunteers have an important role in identifying sites, promoting public participation in industrial conservation and disseminating information and research, and as such are indispensable actors in the theatre of industrial heritage.

I. Conservation of the industrial heritage depends on preserving functional integrity, and interventions to an industrial site should therefore aim to maintain this as far as possible. The value and authenticity of an industrial site may be greatly reduced if machinery or components are removed, or if subsidiary elements which form part of a whole site are destroyed.

II. The conservation of industrial sites requires a thorough knowledge of the purpose or purposes to which they were put, and of the various industrial processes which may have taken place there. These may have changed over time, but all former uses should be examined and assessed.

III. Preservation in situ should always be given priority consideration. Dismantling and relocating a building or structure are only acceptable when the destruction of the site is required by overwhelming economic or social needs.

IV. The adaptation of an industrial site to a new use to ensure its conservation is usually acceptable except in the case of sites of especial historical significance. New uses should respect the significant material and maintain original patterns of circulation and activity, and should be compatible as much as possible with the original or principal use. An area that interprets the former use is recommended.

V. Continuing to adapt and use industrial buildings avoids wasting energy and contributes to sustainable development. Industrial heritage can have an important role in the economic regeneration of decayed or declining areas. The continuity that re-use implies may provide psychological stability for communities facing the sudden end a long-standing sources of employment.

VI. Interventions should be reversible and have a minimal impact. Any unavoidable changes should be documented and significant elements that are removed should be recorded and stored safely. Many industrial processes confer a patina that is integral to the integrity and interest of the site.

VII. Reconstruction, or returning to a previous known state, should be considered an exceptional intervention and one which is only appropriate if it benefits the integrity of the whole site, or in the case of the destruction of a major site by violence.

VIII. The human skills involved in many old or obsolete industrial processes are a critically important resource whose loss may be irreplaceable. They need to be carefully recorded and transmitted to younger generations.

IX. Preservation of documentary records, company archives, building plans, as well as sample specimens of industrial products should be encouraged.

I. Specialist professional training in the methodological, theoretical and historical aspects of industrial heritage should be taught at technical and university levels.

II. Specific educational material about the industrial past and its heritage should be produced by and for students at primary and secondary level.

I. Public interest and affection for the industrial heritage and appreciation of its values are the surest ways to conserve it. Public authorities should actively explain the meaning and value of industrial sites through publications, exhibitions, television, the Internet and other media, by providing sustainable access to important sites and by promoting tourism in industrial areas.

II. Specialist industrial and technical museums and conserved industrial sites are both important means of protecting and interpreting the industrial heritage.

III. Regional and international routes of industrial heritage can highlight the continual transfer of industrial technology and the large-scale movement of people that can be caused by it.

[1] The ICOMOS ‘Venice Charter for the Conservation and Restoration of Monuments and Sites’, 1964.

[1] TICCIH – The Moscow Charter for the industrial heritage, 2003 – www.mnactec.com/TICCIH/